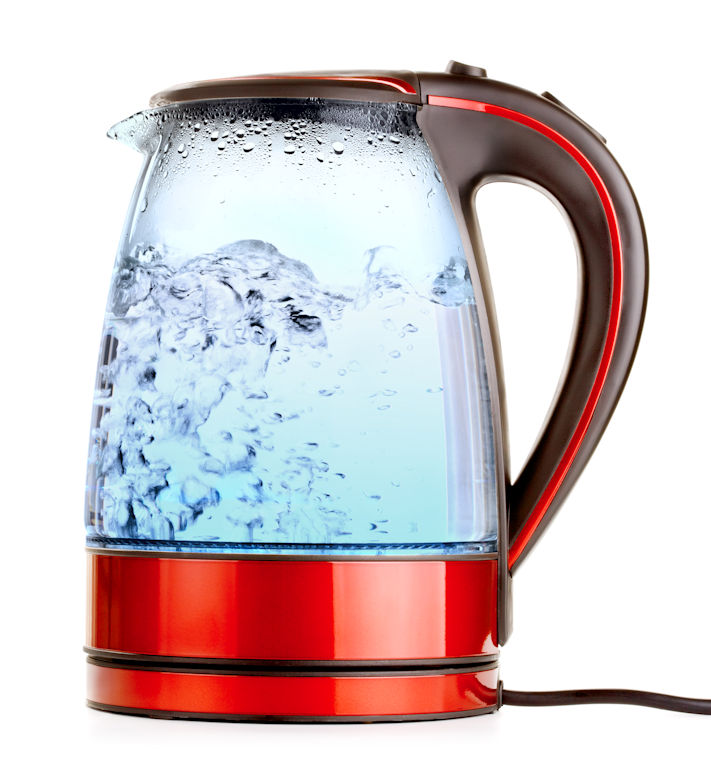 A safe and easy way to descale your kettle

There are many ways to descale a kettle

(Some more successful than others)

The limescale in your kettle is mostly chalk, calcium carbonate (CaCO3), which is a base.

To remove a base you ideally need an acid. Agreed, you could use a stronger base to remove the limescale. Bicarbonate of soda, aka sodium bicarbonate, sodium hydrogen carbonate (NaHCO3) is commonly claimed as being useful for descaling a kettle, but then again you could scrub your garden path with a toothbrush. Its not ideal, its going to take a while - there are more efficient ways.

So, its best to use an acid, and there are several available.

Hydrochloric acid, this stuff is just dangerous, its not suitable for a domestic enviroment. Avoid!

Phosphoric acid, is a powerful descaler, but its not a nice chemical to work with:

Vinegar, which contains acetic acid. Its safe and is a common item in most kitchens, but vinegar has a few drawbacks:

Lemons, which do actually contain citric acid. They're safe and also another common kitchen item, but lemons also have a few drawbacks:

However, when purified and concentrated Citric Acid has some useful properties.

No nasty chemicals. Its a food grade, edible product.

Althought sour, citric acid has little taste, one final rinse is all it needs.

It only takes a few minutes to descale a typical kettle.

You can descale your kettle for less than the cost of a lemon.

Give it a rinse

Empty your kettle and rinse away all the loose limescale.

Fill your kettle to the max line and add 2-3 sticks of descaler.

Allow your kettle to come to a boil.

Sit back and watch as the limescale fizzes away.

Give your kettle a final rinse, and you're all done.

No, the sticks are 100% food grade citric acid - the stuff used in sweets to make them taste sour.
Not at all. Its a bit like lemon juice, it'll sting a bit if you get it into a cut, but other than that its harmless.
Not really, it gently bubbles and fizzes away the limescale.
Citric acid is a totally natural product which occors in oranges, lemons, grapefruit, etc. The word 'citric' is where citrus fruit gets the name.
You can use this descaler in all types of kettle. Electric, stove top, glass, metal, plastic, it's safe in them all
A layer of scale acts like an insulator, so a scale free kettle is therefore more efficient. Use descaler whenever you see limescale building up in your kettle.

Use this form to send us a message now
Your message was sent successfully.
Detailed contact information